You are here: Home1 / About

All of our facilities are now closed due to the latest national lockdown.
View the latest updates on our Coronavirus updates page

to Sport and Physical Activity at the University of Leeds

Who are Sport and Physical Activity?

The Sport & Physical Activity Service at the University is responsible for the University’s sports facilities and development programmes. Our staff team comprises of some 100 people committed to delivering the highest levels of service to our customers.

Getting involved does not require you to be a ‘sporty’ person. Many thousands of our students each year try something new, learn a new sport or take up an activity. You don’t have to be a member, come and try it first and see if you enjoy it.

We provide for all levels to enable you to improve your health and wellbeing. Something for the beginner, recreational sport for fun with a little competition and more serious sport including support for the very top athletes. Think about what level you want to start at and navigate around our site to find what’s right for you.

The University’s own facilities and programmes delivered in partnership with the University Union are designed specifically to serve your needs.

We have a range of facilities all close to campus

including The Edge, our £12.5M fitness, sport and wellbeing facility

Do What Moves You

We are delighted to announce that Sport & Physical Activity has achieved the Customer First Standard.

This is a reflection of our efforts as a service to put the customer at the heart of what we do and deliver a first-class customer experience.

Customer First is the national standard which assesses and recognises excellence in meeting customer expectations on a consistent and regular basis. The process to achieve Customer First recognition is rigorous, however, Sport & Physical Activity proved that it is providing high levels of customer service by maintaining compliance against all 32 standards covering Customer Relationships, Market Awareness and People Management.

The Assessor noted a number of areas of good practice, including our commitment to market research, customer consultation and feedback.

Being Green at The Edge

We are committed to taking an active role in reducing our environmental impact and work collaboratively with the University Sustainability Team to do this.

Following on from successfully achieving Bronze and Silver previously, we’re proud to announce that in June 2014 the Sport & Physical Activity Service was awarded a ‘Gold Green Impact’ at the recent Sustainability Awards.

Sport at the University of Leeds

Sport & Physical Activity is part of the University of Leeds, Commercial and Campus Support Services (CCSS), and has achieved Customer Service Excellence ®, a government standard that recognises an organisation’s commitment to putting customers first. The Customer Service Excellence ® standard challenges organisations to examine their service in relation to 57 criteria that have been shown to influence customer satisfaction.  CCSS achieved a significantly positive result, receiving ‘Compliance plus’ for eight standard criteria, the most criteria that any first time participating organisation, for this accreditation, has ever received. Over the Christmas holidays many international students remain in Leeds, but campus facilities tend to close, meaning those students can become isolated in their accommodation and very lonely.

The Health & Fitness and Marketing & Communications departments of Sport & Physical Activity Services worked in partnership with Les Mills On Demand, the Global Community and International Office to make sure that our sport and group exercise class provision was meeting the needs of these students.

As a result, last December, our flagship fitness facility – The Edge, offered a unique series of free exercise classes for international students and the wider Leeds Global Community.

The classes included the ever popular Les Mills Body Pump and Body Combat, and we were delighted to capitalise on our strong collaborative working with Les Mills by piloting their excellent virtual classes and being the first to launch those taught in Mandarin.

Over the two-week Christmas period, we received 155 class bookings for this new venture and as the overwhelmingly positive student feedback shows, our international Chinese students who stayed in Leeds for Christmas enjoyed a taste of home by taking part in the Mandarin virtual group exercise classes.

“I attended two virtual classes and they were very good, especially that the instructions were in Mandarin. I enjoyed them and realised that I really need more exercise. I’d like to book again if similar classes are available in the future”

“I think it’s a really brilliant idea to put these classes on during December, especially for international students. I really enjoyed the class, there were loads of weights and bars available which was good. I would definitely attend again! Thanks for putting them on!” All students in University of Leeds accommodation receive an Edge Club off-peak fitness membership included in their rent.

Over the past years, when speaking to students over the start of term, many are unsure about their Halls Membership and The Edge reception and Sales Team get a lot of enquiries from students about what their membership entails and how to use it.

Working in collaboration, Accommodation Services and the FD Marketing & Communications teams took an innovative approach to this issue and integrated the Edge Club Halls Upgrade products into the central Star Rez accommodation portal. This provided an extra customer ‘touch point’ which could be used to encourage students to upgrade their memberships and stay fit and healthy.

As a direct result, 471 StarRez upgrades were purchased between August – October 2018. This has helped us achieve a fantastic 1,541 total upgrades in quarter 1 of the financial year, which is a massive improvement on the 2017/18 year and represents our 4th most successful year to date.

“I love that the classes are free, that definitely bumps up the value for money on my membership”. In 2015, the Student Executives lobbied that the cost of playing sport at the University of Leeds was higher than at other peer universities and was a barrier to participation, reducing the opportunities available for students to take part in club sport.

In response, the Senior Management Team established a project group involving both staff and students, led by Sport & Physical Activity Services (SPA) and Leeds University Union (LUU), to explore this in more detail.

The project group organised desktop research and engaged consultancy firm, SUMS, to engage with staff and students and to undertake a benchmarking exercise using 11 sports against 11 different universities.

Following this significant piece of work, the findings were developed further and translated into a series of recommendations, which were endorsed by the University Council.

– Firstly, to remove the requirement for students to pay for a £78 Sports Pass product (or any other Edge product) to access facility space for training and competitions

– Secondly, to introduce a ‘Cost of Sport’ fund which equates to a cash investment from SPA of £300K to go directly into LUU clubs and societies to enable them to reduce membership costs.

The results of these measures have been significant, successfully reducing the cost to the individual and thereby removing this barrier to participation:

– Club membership fees have reduced by 21% on average from £79 to £59 and are now 22% cheaper on average at the University of Leeds than our benchmark institutions across 10 benchmark clubs. 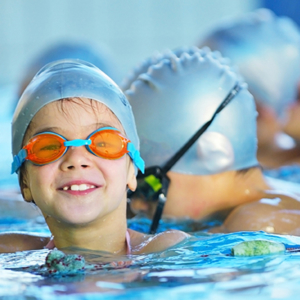 Originally, the structure of the swimming programme meant that parents were paying for four blocks of 12 week lessons and only receiving feedback on their child’s progress once every 12 weeks. This process was restrictive as even if a child was close to meeting the criteria to progress, they had to remain in the same class for the duration of the next block.

Feedback collated from parents, as part of normal business procedures, showed that parents love the facilities and the quality of the teaching, but were finding the lesson registration process inadequate. The feedback also revealed that parents were frustrated at having to wait a long time for children to move levels and not being guaranteed a place in a class for the next term.

The SPA team consulted with other large swimming lesson providers as well as with SPA’s leisure management system (XN Leisure), IT department, and swimming and operations staff to find ways of improving the registration, assessment and movement procedures for customers. A series of information sessions were then held to inform parents of the changes the team were looking to introduce and to seek their feedback.

Following these sessions, SPA invested in a new web-based administration system called OnCourse, which allows for continuous assessment by teachers. Once a teacher confirms a child is ready to progress, OnCourse allows the move to happen straight away so there is no delay. This new process allows for a much more fluid swimming lesson system.

The second phase of this development will see the introduction of ‘Home Portal’, which will allow parents to log-in to OnCourse remotely and check the progress of their child as they are being assessed continuously.

SPA hasn’t yet captured formal customer feedback on this relatively new system but informal verbal feedback from parents has been very positive. Feedback from teaching staff and from reception staff – who in the past have had to deal with angry parents – has also been positive.

The swimming lessons have expanded in size due to better use of pool space and customer numbers have gone up, meaning increased income for SPA.